I just realized that I have posted a recipe tasting like snickerdoodles, but not actual snickerdoodles yet.
O no! How could this happen? I have to end this!
So, here comes my snickerdoodle recipe. Well, it's not exactly mine, but I use it, so...
Well, let's just start with a picture of these beauties. 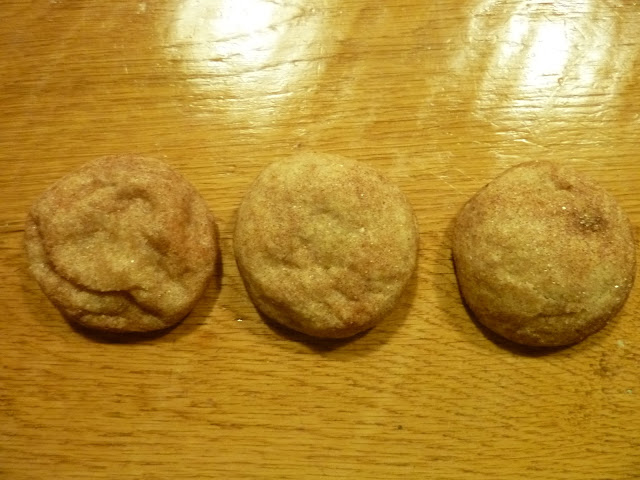 Now I feel so stupid for not saving them for now and just eating them right after they came out of the oven. But at least we've still got some pictures left. 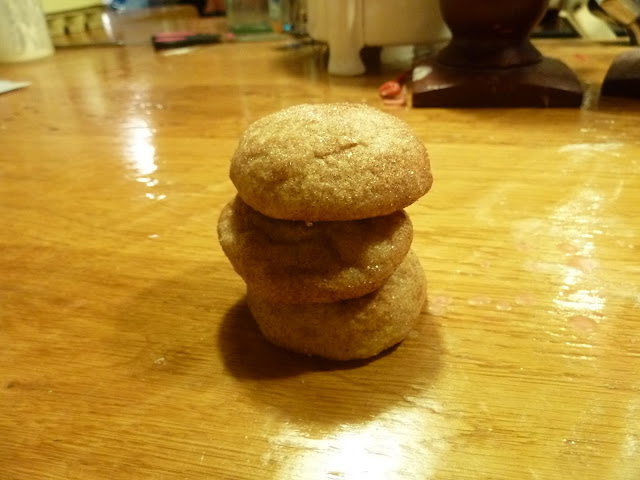 The first time I made snickerdoodles, I loved them. And the next time, I decided to make different ones. I had seen a recipe for snicker-chip-doodles, with chocolate and toffee chips mixed in. I adored them, and from that moment on I only made those ones. But then, some time ago, I decided I should just make the normal snickerdoodles again, and they were o so good! A friend of mine doesn't like chocolate (OMG how could this be true?!) so for her I always make these ones, and she loves them. Everyone I know loves them, really. They're quite lovable. 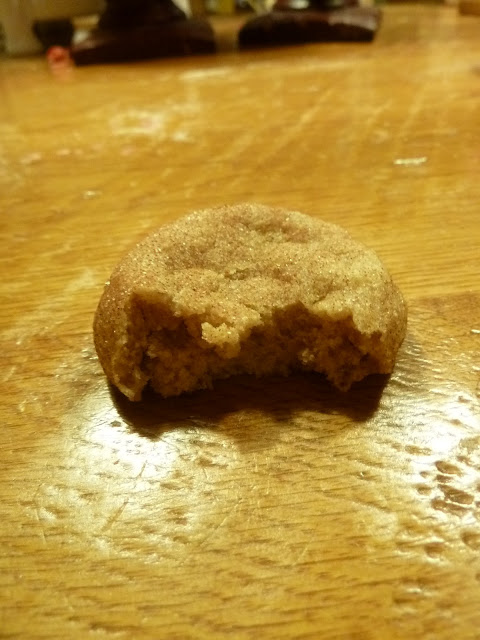 Preheat oven to 375 degrees F.
Cream butter and sugar with an electric mixer until fluffy, about 5 minutes. Add egg and vanilla, mixing well until combine, about 2 minutes. Stir in flour, baking powder, salt, and 1 1/2 teaspoons cinnamon. Mix until dough comes together. Add in milk. If dough is still crumbly, add milk 1 tablespoon at a time until it comes together. Refrigerate for 30 minutes.
In a bowl combine remaining sugar and cinnamon. Remove dough from fridge and roll into big 1 1/2 inch balls. Dip in cinnamon sugar mixture and place on baking sheet. Bake for 8-10 minutes. ﻿