Yesterday my uncle, aunt and niece came over for dinner. They brought soup and kroketten. So I decided to make dessert. 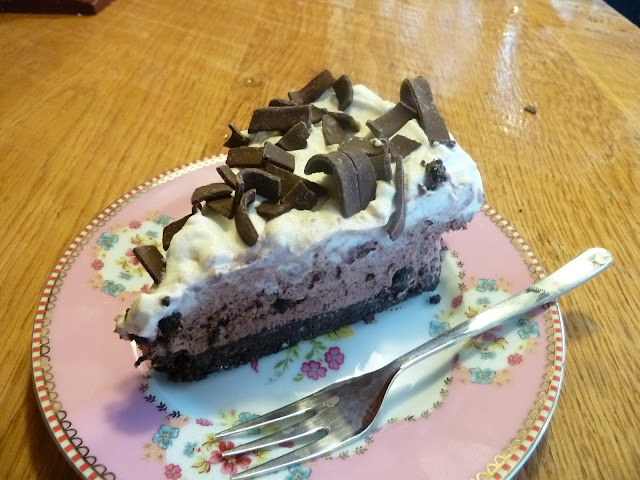 A had seen a quite easy recipe for French Silk Tart. It looked amazing (go and see here) and quite simple as I just said, so I decided to make that.
I made the crust, melted the chocolate in the hot cream, prepared the other cream and then I went and ruined it.
And it was so incredibly stupid.
I was whipping the chocolate cream in my stand mixer, and then... I over-whipped it.
I never do that! And now, when I was already on a tight schedule, I did. So I threw it away and went to the supermarket as fast as I could to buy new heavy cream, 'cause offcourse I didn't buy some extra just in case. Then I made a new chocolate cream, but it has to cool down for at least 45 minutes, so my tart wasn't done on time. My uncle and aunt had to leave, so they didn't had a chance to taste it.

And they all lived happily ever after! 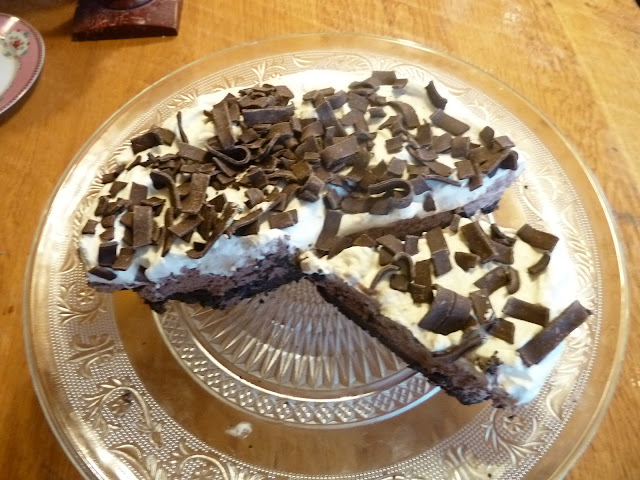