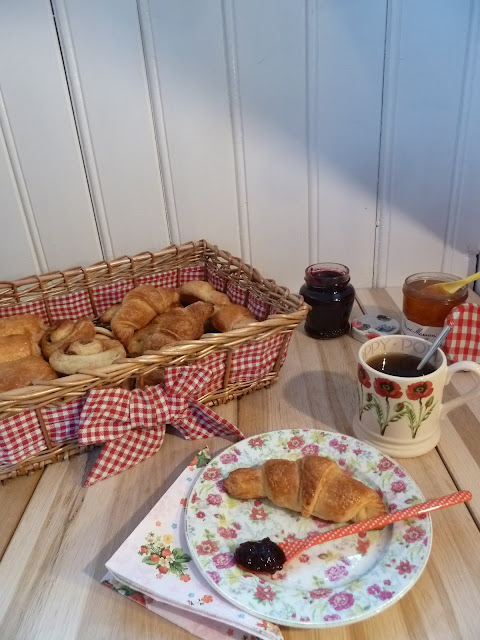 I don't really know were it went wrong, but I think it already went wrong at the first step. I needed to mix the dough, but I think I overmixed it. The whole time I was making the dough, I felt like something went wrong. And it did. It was the recipe from Patisserie!.

Then I went and made 2 turns, as the recipe said.

Wrapped it up and refrigerated it for an hour 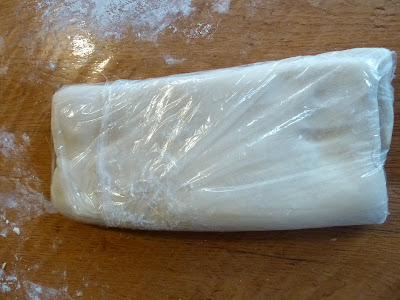 Rolled it out and cut it in half 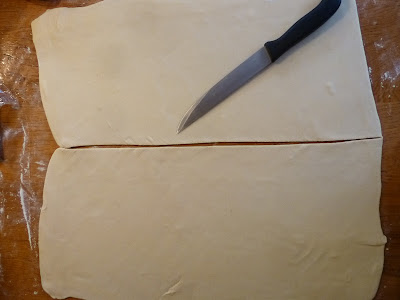 Then I cut it in (ugly) triangles﻿ 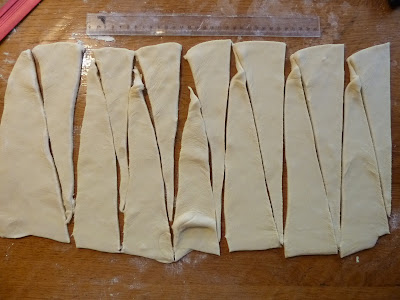 And rolled them into croissant shapes (yeah, I've got really cool hands)﻿

Then I put them on a baking sheet.
And let them rise for more than 2 hours. 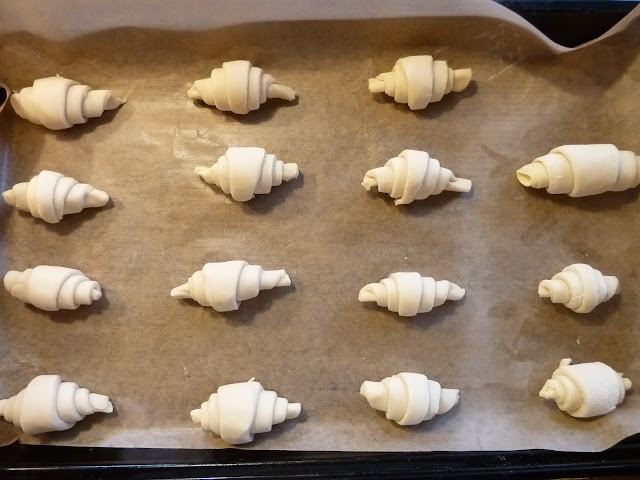 And they didn't look any different.
They stayed liked this.
They didn't rise at all.

That was quite a big bummer.
I baked them anyway. I thought maybe a miracle would happen and would let them rise in the oven, or something. ?
Well, it didn't. They came out looking the same way they looked before they went into the oven, only browned. The taste itself was quite good, but the texture was totally wrong. I'll try them again soon, and will make sure not to overmix the dough then.


Now, let's talk about the ones that did turn out good. Top with cinnamon has a really good step by step tutorial for this. The croissants from her recipe did turn out good, as I just said. Why am I repeating myself? I really do that a lot, also to my family and friends. Then I'm about to begin to tell a whole story and they're like; 'Uhm, you already told us that twice.' O.
But well, let's continue talking about croissants. Mine didn't look as good as the croissants on her pictures (from top with cinnamon), but they were a lot better then the other ones. I think it had something to do with the fact that the recipe called for active dry yeast and I used instant yeast, since I couldn't find active dry yeast. I didn't/don't know how to convert those, so I just used the same amount. If you know how to convert it, please tell me! 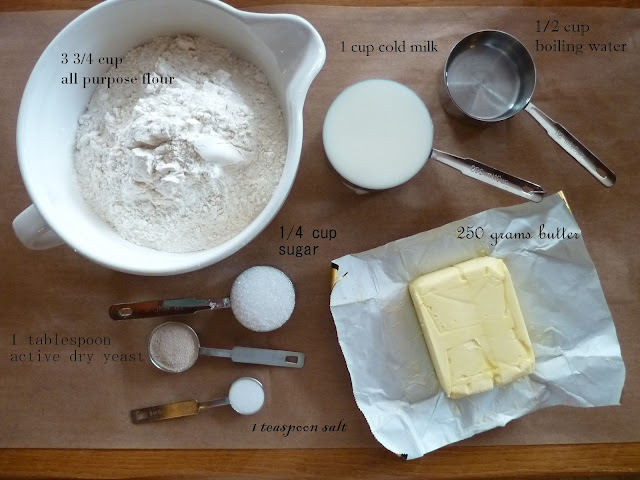 This recipe called for 4 turns of the dough, and a 10-12 hour rest of the dough, so they really took a lot longer than the other ones. But they also were much better. They weren't perfect yet, but I'll definitely try these again and try to make 'em perfect. 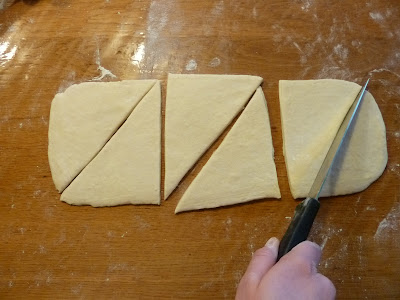 These did rise and got airy and much more croissant-like. 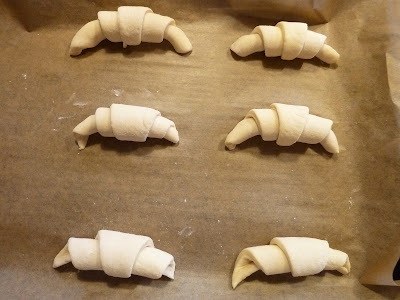 The chocolate croissants also tasted good, especially warmed up a bit in the oven :) 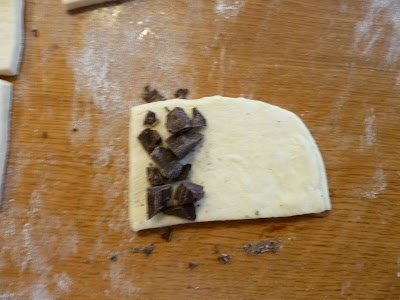 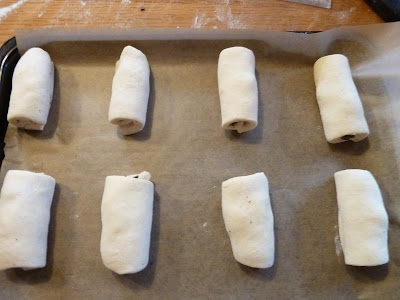 I really loved the cinnamon things. I don't love raisins, but they were really nice in this swirlsythingies. 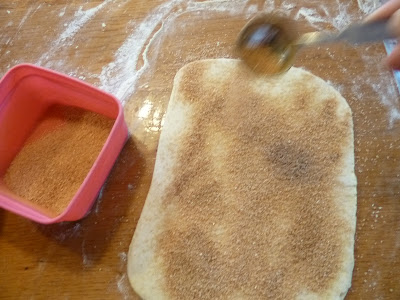 And I always say yes to cinnamon sugar. 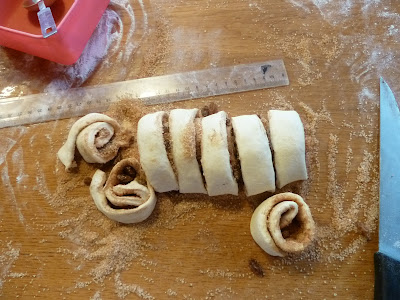 Well, I'm gonna end this post now, and I'll make another post with the recipes and some more pictures I took of the finished croissants. Bye!﻿ 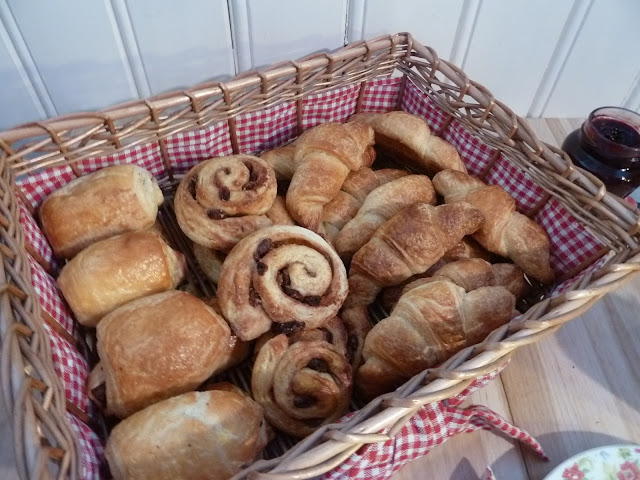